A few weeks ago, I ordered a EC-30W remote controller for my Travato's onboard Onan 2800 watt generator.  Here is a video I found showing how to install it on a motorhome:


What I was looking for, was a way to start the generator from the driver's seat while tooling down the road.  The reasons for wanting to do this are several - running the overhead AC in the oppressive southern summer heat, but also for powering the 110v only water heater.  I figure I could start the generator about 20 minutes before arriving at camp and have piping hot water for hours.

Some side benefits to this device are:
Auto start on low battery warning (and shut off when batteries are charged).
Auto start on disconnected shore power.
Auto start on high/low coach temperature (I assume to protect pets).
Prevent generator autostart during assigned quiet hours.

So now to the install.  It was easier than I could have imagined.

I ordered this from PPLMotorhomes in Houston.  They have a tremendous RV parts catalogue and had this item on sale.   In addition to the device, you need to order a Y-harness for your type generator.  For the QG2800 you need part number 044-00086. 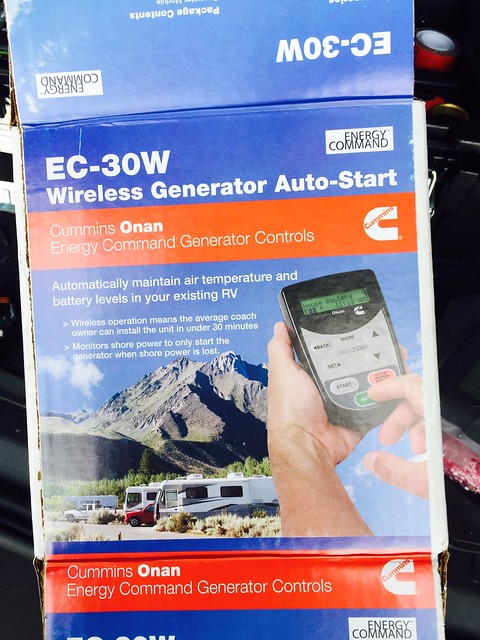 This is the Y-harness you will need to buy separately.  They are several types depending on what kind of generator you have. 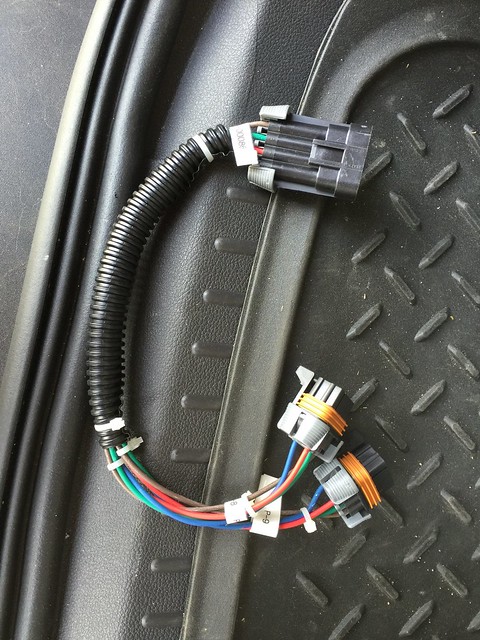 Everything was packaged fairly well.  Nothing was scuffed or damaged.  The lens and front panel had clear plastic stuck on them to protect them. 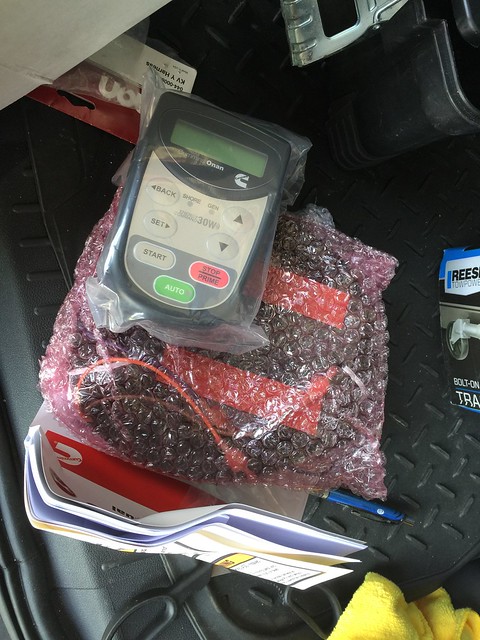 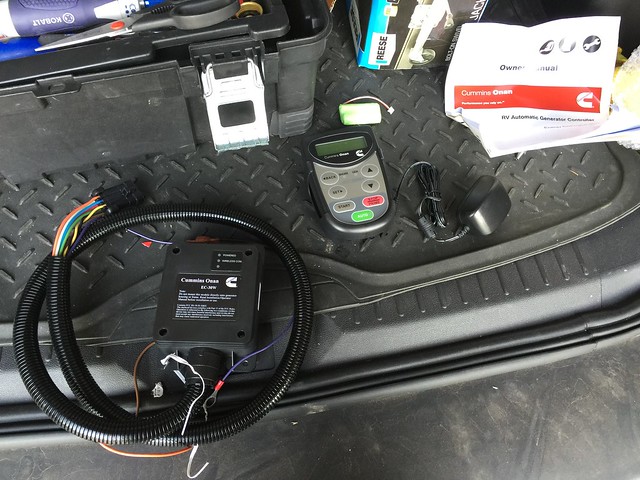 The remote unit came with a lipo battery pack.  It was pretty dead on arrival as I had to charge it a bit before the remote would light up. 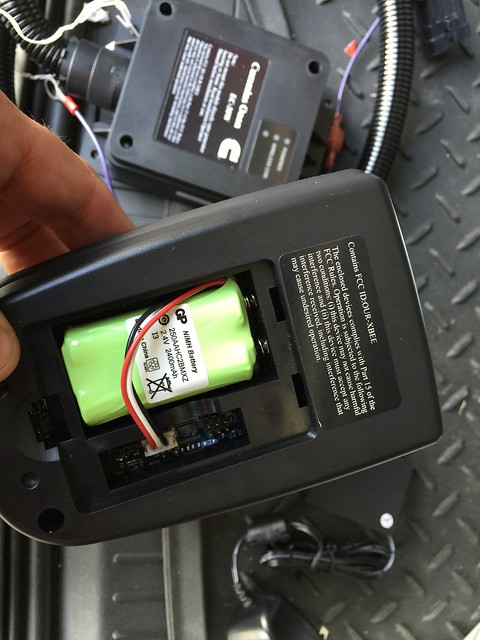 This is the battery terminals on the corner of the generator.  You connect the purple wire's ring loop to the positive terminal.  This powers the device, but also how it senses the current battery voltage. 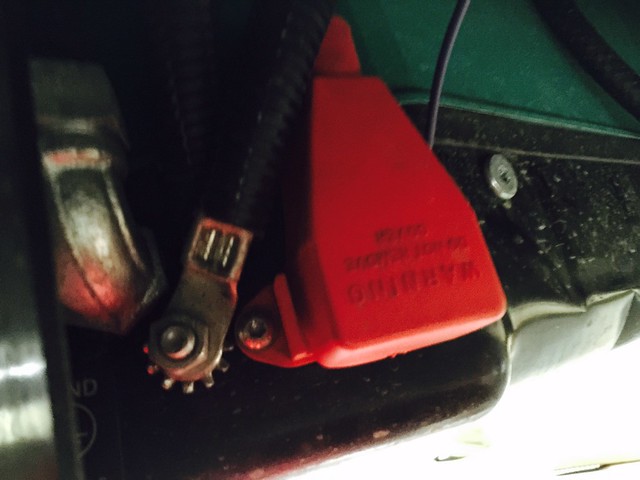 I coiled up the wiring and zip-tied it to an open loop under the van.  The cabling is jacketed, so I think it will be OK.  I may tape up the connectors and other exposed wires. 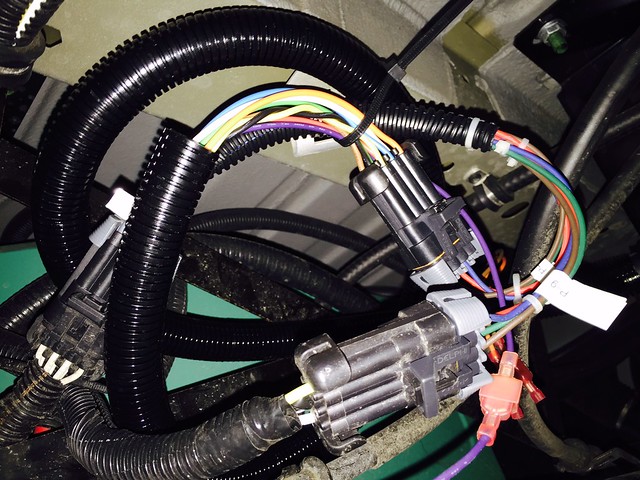 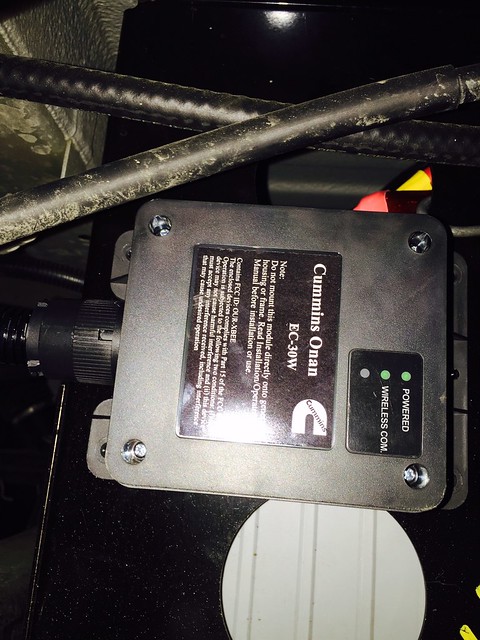 I stuck the control module on to the battery support bracket.  It was a clean, smooth surface that you could adhere the 3M tape to.  The box came with this tape already affixed, so that is how they indend to mount it in most applications.  It still has holes for screws if you want to do it that way. 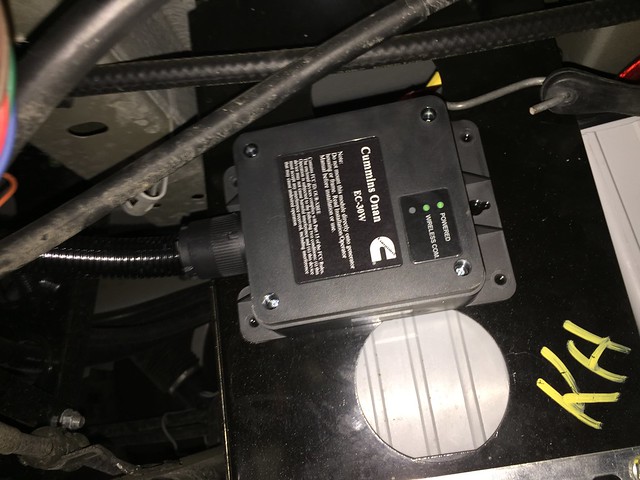 I mounted the charge cradle/holder for the remote on the wall next to the other controls.  It's held in with two small screws.  The power cable runs to the outlet under the overhead cabinet.  That cable is also how it senses shore power is disconnected. 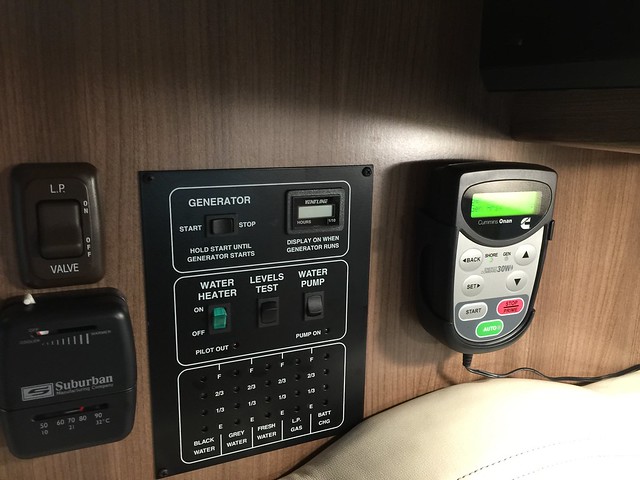 This device will monitor the generator hours and give you service reminders.  The original hours meter on the van's panel also shows the service hours, so that feature, and the on/off switch, still work. 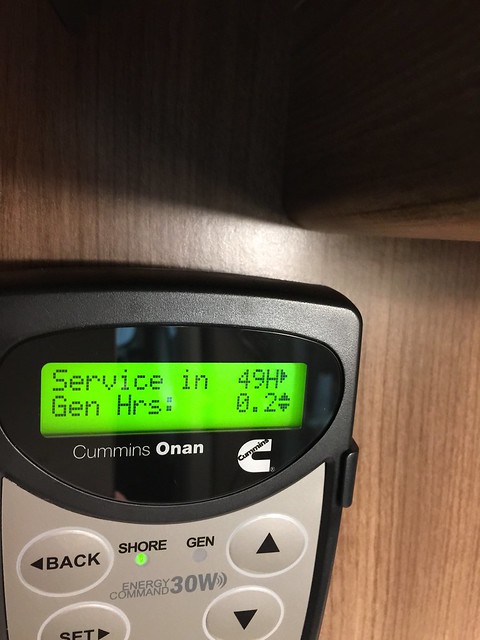 This is the normal display mode. 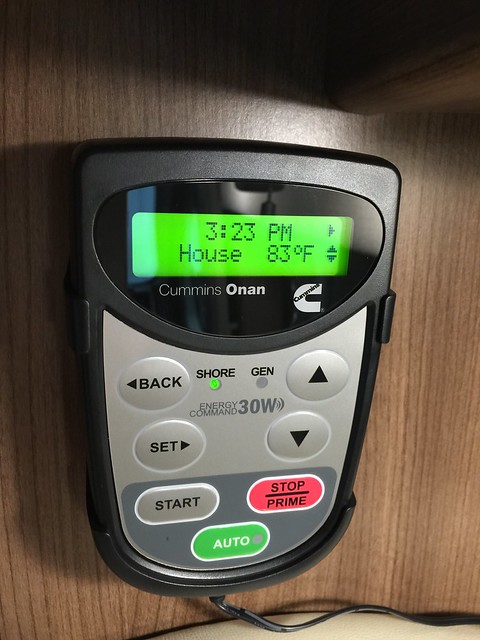 Setup was fairly straight forward.  You have to establish communication and sync the unit to the generator.  You also have to select your generator model (from the list of Onans) and set the current hours on the generator.   To my amazement, getting a signal was not an issue.  Even with the doors shut, the metal van body did not interfere with communication.  I was worried about that, but it was for nothing.  It works perfectly!

For those of you who were worried, while I was under the van, I moved the zip-tie for the battery cable from the metal bracket (at the top of the photo) to something softer and more rounded.  I think it will be OK here for the long haul. 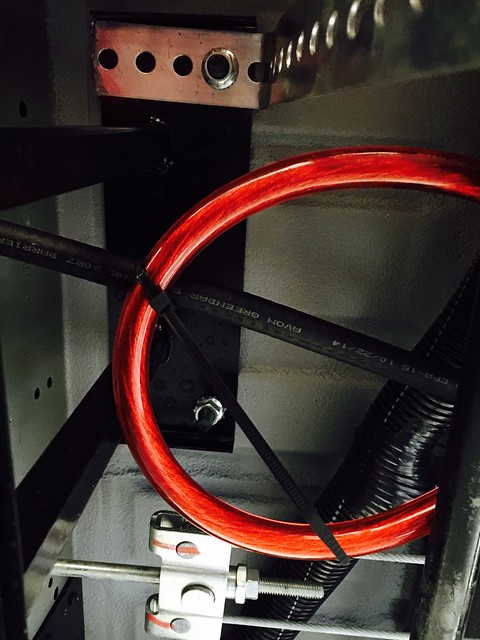 That's it for the major van projects.  Think it's time to enjoy it this summer and stop tinkering with it.  Next weekend I'm going to a rally and hope to use all this stuff I've been working on.
Posted by Wincrasher at 8:03 PM

Wincrasher
This is a blog about my travels, reviews of stuff I buy, and random experiences and thoughts.